You know how we call having sex, “scratching an itch”…well, what happens when that itch, irritation and stinging is actually a real thing? Sounds like something straight out of an episode of House, but it’s actually more common than you know.

You see, our bodies react to arousal in a myriad of ways and rashes and flushes can be part of the deal, but when does a normal part of arousal cross into Sex Sent Me to the ER territory? In this episode, I’m going to talk about what happens when the term “burning desire” is a lot more literal, and what causes it.

Sex rash is temporary after an especially kickass orgasm, it should fade pretty shortly after you climax, and it shouldn’t hurt of feel uncomfortable. If it’s a rash or redness that lingers beyond a few hours, and if it’s accompanied by pain, burns, and stinging then it could be something else. -Heather Bartos

3 Things We Learned From This Episode 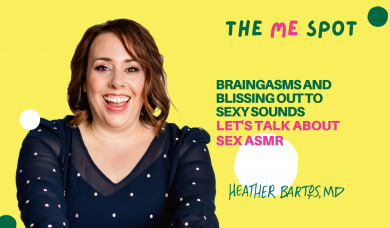