This is probably not a newsflash for you, but sex isn’t the same around the world. I mean, sure the mechanics are the same, but the attitudes and kinks around sex vary tremendously.

Sex is viewed differently around the world, yes the mechanics are the same, but the vibe can be completely different. -Heather Bartos

Post-Sex Irritation: Why Irritants Love to Get Comfy in Your Coochie // November 25, 2022

So you’ve just done the deed and instead of experiencing that oh-so-delightful post-coital bliss, it feels like an army of …

What do you get when voyeurism, exhibitionism, and sex in public place went for a little romp in the woods … 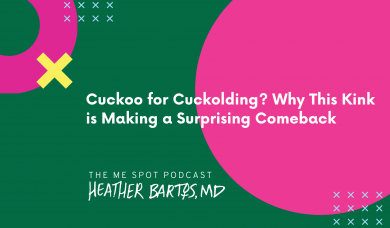 Cuckoo for Cuckolding? Why This Kink is Making a Surprising Comeback // November 11, 2022

From the Trojan War to Othello, the concept of cuckolding has been around for a long, long time, but in …